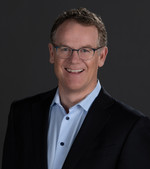 During his 22+ year tenure, Keith has stewarded the company through a period of exceptional growth, delivering approximately $6 billion in annual revenue and a record-setting 18 years of consecutive quarterly revenue growth. He has completed 27 acquisitions and deployed more than $40 billion of capital to help fund the growth. Keith also oversees the company’s commitment to sustainability leadership, including developing a Green Finance Framework to benefit the communities where Equinix operates as well as its employees and stakeholders.

Keith joined Equinix in 1999 after holding a number of senior finance roles at International Wireless Communications and Becton Dickinson & Company. He was named a “Best CFO” on Institutional Investor’s prestigious 2021 list. Keith holds a B.B.A. from Bishop's University in Quebec, and is a member of the Canadian Institute of Chartered Accountants. 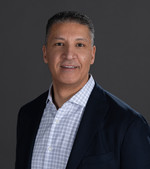 Raouf Abdel, EVP, Global Operations, oversees engineering, construction, and operations for the company’s world-class data centers and interconnection platform. He previously served as Regional Operating Chief, Americas, leading Equinix’s IBX Operations through a period of significant growth and expansion, and driving the world standard for excellence in the industry.

Since joining Equinix in 2012, Raouf has helped lead the Operations team to become the globalized organization it is today, providing consistent, quality and reliable services with integrity, and delivering exceptional frontline experiences to customers around the world.

Raouf brings more than three decades of experience in the data center, telecom, and construction industries with companies including OpTerra, Level 3 Communications and MFS Communications. He holds a BS in Electrical Engineering from Temple University in Philadelphia. 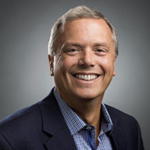 Chief Sales Officer Mike Campbell is responsible for the strategy and execution of all Equinix sales efforts globally, including direct sales and the entire ecosystem of go-to-market channel partners. He focuses on ensuring customers have access to all the right places, partners and possibilities they need to create their digital infrastructure and run their businesses successfully.

During his tenure at Equinix, Mike has transformed the sales team by globalizing the organization, leading double-digit bookings growth, building the partner ecosystem, and collaborating to deliver on the go-to-market strategy. Equinix has reported revenue growth every quarter Mike has led the Global Sales organization.

Mike joined Equinix in 2015 with more than 30 years of international sales leadership experience at leading technology companies including Symantec, VeriSign and Akamai. Mike holds a B.S. in marketing from the University of Dayton. 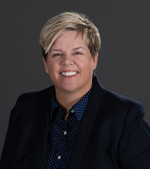 Nicole joined Equinix in 2021 as and was responsible for driving transformation and sales acceleration across our Go to Market efforts. Before joining Equinix, Nicole spent nearly 20 years at VMware and Dell in a variety of executive roles across sales leadership, integration strategies, sales and channel transformation, and strategic planning. She also is an active mentor and advocate for diversity, inclusion and belonging. 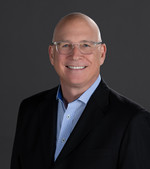 Scott Crenshaw, Executive Vice President & General Manager, Digital Services, is responsible for driving the growth and strategy of Equinix's suite of digital services, including Equinix Fabric™, Equinix Metal® and Network Edge. He will have direct responsibility for product management and the associated software engineering teams supporting these offerings. Crenshaw joins Equinix from Concourse Labs, where he has served as CEO, and previously as President and Chief Operating Officer. As CEO, he enabled large enterprises to accelerate their digital transformation by automating cloud security and compliance.

Prior to Concourse Labs, Crenshaw served in a variety of roles at Rackspace Technology, Inc., including Executive Vice President and General Manager, Private Cloud. In this role, he led the growth of Rackspace's Private Cloud as a Service business to over $1 billion in revenue and the introduction of industry-first hybrid and multicloud services for businesses. At Red Hat Software, Crenshaw led the Linux Business Unit and started the company's Cloud Business Unit, serving as its Vice President and General Manager. He was a driving force in leading the company's transformation from a Linux vendor into a major player in modern cloud infrastructure and developer platforms. Crenshaw has held additional positions of senior leadership at Verisign, Acronis, NTRU and Datawatch Corporation.

A co-inventor of seven U.S. patents, Crenshaw has also served as a member of the board of directors for BluVector Inc. and Cloud Technology Partners, Inc. Crenshaw received a B.S. in Computer Science from North Carolina State University and an MBA from the Massachusetts Institute of Technology, where he was a Sloan Fellow. 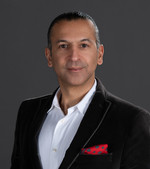 Dr. Justin Dustzadeh joined Equinix in 2019 and serves as Chief Technology Officer. In this role, he is responsible for developing a technology roadmap to support the company’s broader platform strategy, leading the next-generation technology and innovation function, and contributing to the company's ongoing leadership in the cloud ecosystem.

Prior to Equinix, Mr. Dustzadeh served as Head of Global Network and Software Platform at Uber, where he led the team responsible for the architecture, engineering and operations of Uber’s global network infrastructure, as well as software platforms enabling Uber's business worldwide.

Mr. Dustzadeh’s prior experience includes executive roles at Visa, Huawei, Ericsson, AT&T, a Silicon-Valley technology startup (where he was a founder), and two leading service providers in France.

Mr. Dustzadeh holds a Ph.D. and M.S. in Computer Science from Télécom Paris, and a B.S. in Theoretical Physics from École Normale Supérieure (Ulm) in Paris. 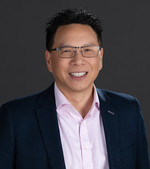 Jon has been with Equinix for more than 13 years, and has held senior leadership positions in strategy, product, engineering, sales engineering, and professional services in his career. Jon is a passionate ally for diversity, inclusion and belonging, and is the executive sponsor for Equinix’s Asian and Veterans employee connection networks, as well as working externally with The Asian American Foundation (TAAF).

Prior to Equinix, he held leadership roles at Tata Communications and UUNET/Verizon.

Jon enjoys bringing customers, technology and infrastructure together, and is instrumental in the continued development of Equinix’s cloud connectivity strategy.

Jon graduated from Johns Hopkins University in Baltimore, Maryland, where he studied biology and computer science. 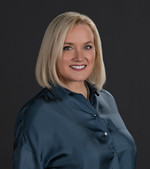 Brandi Galvin Morandi and her global HR organization serve as stewards for the Equinix culture and are focused on building a diverse, equitable and inclusive workplace where employees thrive. Under Brandi’s leadership, the legal organization is a strategic partner in commercial negotiations, regulatory and compliance matters, governmental affairs, and corporate governance, including working closely with the Equinix Board of Directors.

Brandi has led the strategic workforce planning and development required to support the company’s exponential growth to 10,000+ employees, through both organic and acquisition growth. Her teams have completed and integrated numerous acquisitions and joint ventures globally in support of Equinix’s expansion roadmap. During Brandi’s tenure, Equinix has been named as one of Fortune’s “Most Admired Companies” and as Glassdoor’s top 100 “Best Places to Work.”

Brandi joined Equinix in 2003 and served as Equinix’s General Counsel and Corporate Secretary until taking on the expanded role of Chief Legal and Human Resources Officer in 2019. Before joining Equinix, Brandi practiced corporate securities law and held various positions in the field of public relations. She holds a B.A. in International Relations and Journalism from the University of Southern California and a J.D. from the University of California, Hastings College of the Law. 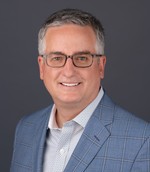 Kurt Pletcher is the head of global legal strategy and day-to-day operations at Equinix. He leads a team of some of the most highly regarded legal professionals in the industry who play a vital role in ensuring Equinix is compliant with local laws in the countries the company operates in while championing integrity and the highest level of ethical standards. His team also plays an integral role in executing the company's strategy in support of M&A activity, entry into new markets including the acquisition, building, and/or operating of Equinix data centers, as well as closing mutually beneficial deals with customers and partners.

During his 20+ year tenure at Equinix, he has held leadership roles across a variety of global legal departments as part of the Customer & Revenue Office, and served as the VP of Legal, Americas focused on M&A, real estate, and employment. Kurt joined Equinix in 2021, bringing with him a wealth of experience from positions he held in the Employment Law Group at Paul, Hastings, Janofsky & Walker LLP, and the Technology Group at Gunderson Dettmer Stough Villeneuve Franklin & Hachigian, LLP in Menlo Park.

Kurt holds a Bachelor of Arts degree in Political Science from the University of California, Riverside, and a Juris Doctor degree from the George Washington University Law School. Karl Strohmeyer joined Equinix in 2013 as our President, Americas, with responsibility for the management, strategy and growth plan for Equinix in that region. During his time in that role, he doubled the region’s revenue and successfully integrated the Verizon asset purchase, Brazil business and the Infomart acquisition into the Equinix portfolio.

Today he serves as Chief Customer and Revenue Officer (CCRO) and has full global responsibility for our go-to-market (GTM) and customer engine, including Sales, Marketing, Customer Care, and our Regional Management across the Americas, EMEA and Asia-Pacific.

Previously he spent 12 years at Level 3 Communications, where he was Group Vice President for the North American Enterprise Group. There, he was responsible for building and overseeing a sales force of more than 1,200 people, generating approximately $2.5 billion in annual revenue. Prior to this role, Mr. Strohmeyer led the Global Carrier Channel for Level 3 responsible for more than $1 billion in carrier and service provider revenue.

Prior to Level 3, Mr. Strohmeyer worked at NetRail, where he held two roles as an executive vice president for Operations and EVP of Corporate Development 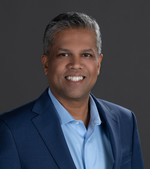 Chief Information Officer Milind Wagle leads Equinix’s IT strategy and world-class IT organization, delivering and enabling the highest levels of productivity for employees, customers and partners around the globe. He focuses on empowering the organization through digital transformation and creation of technology solutions that advance company growth and improve employee and customer experience.

Milind is responsible for all IT infrastructure and operations, enterprise architecture, information security, data engineering and analytics, as well as enterprise and customer applications for the company. During his decade plus tenure at Equinix, he and the team have delivered critical transformation projects focused on enabling scale and standardization as the company continues to grow revenue, introduce new product offerings, broaden its global footprint of IBXs, acquire new companies and expand its employee, customer and partner base.

Milind joined Equinix in 2010 and has more than 27 years of technology leadership and management consulting experience at leading companies including VeriSign, KPMG Consulting and BearingPoint, and Tata Interactive Systems. Milind holds a B.E. in electronics engineering from the University of Mumbai.