Good corporate governance, from strong management leadership and oversight to advocacy and collaboration, is not just a competitive advantage, but a key driver of Equinix’s culture of trust—one that is built with our customers, suppliers, and employees. Our foundation of strong corporate values and ethical business practices make it easy for Equinix to do what’s right to lead the way, with purpose and integrity. We are focused on delivering superior results with the highest standards of excellence and are actively advocating for a sustainable and inclusive future.

Governance at a Glance

Chair
Member
Chairman of the board
Financial expert

Nanci Caldwell has served as a member of our Board since December 2015. Since 2005, Nanci has been a corporate director of many public and private companies. Prior to her role as a corporate director, Ms. Caldwell served as executive vice president and chief marketing officer of PeopleSoft from 2001 to 2004. Prior to joining PeopleSoft, Ms. Caldwell spent nearly two decades at Hewlett Packard in increasingly senior and executive sales and marketing roles in Canada and the U.S. Ms. Caldwell currently serves as a director of CIBC and Procore Technologies, both public companies.

Adaire Fox-Martin has served as a member of our Board since January 2020. Fox-Martin is EMEA Cloud President at Google Cloud where she leads the Google Cloud Sales organization for EMEA, strengthening the go-to-market strategy and supporting customers’ digital transformation journeys. Prior to this role, she served as a member of the Executive Board of SAP SE, leading Global Customer Operations (GCO) in 71 countries. She was responsible for SAP’s business across the globe with a resolute focus on the success of over 437,000 customers and over 14,000 GCO employees worldwide. She is passionate about helping customers realize greater business value through technology within their own unique environments. While at SAP, she founded One Billion Lives at SAP, a social intrapreneurship program focused on improving the lives of one billion people around the world through creation of sustainable business ventures that have social mission at the core of their operations. In 2020, Adaire was named to Fortune Magazine’s Top 50 Most Powerful Women International List for the fourth time running.

Ron Guerrier is global chief information officer (CIO) at HP Inc. He supports the company’s emerging technology efforts worldwide. He is tasked with further building out a world-class IT organization to deliver and enable the highest levels of productivity for employees, contractors and partners globally. He is also responsible for developing and overseeing a comprehensive approach to digitization across HP, with a focus on process automation and continuous process improvement, while ensuring a positive end-user experience.

Previously, Guerrier was CIO and secretary of innovation and technology for the State of Illinois. During his tenure in state government, he was instrumental in broadband expansion, modernization of legacy IT systems, STEM education and, for the last several months, the sudden transformation of nearly 50,000 employees to remote work during the coronavirus pandemic.

Guerrier has served in multiple other CIO and senior leadership roles in his quarter of a decade long career. As CIO of Express Scripts, he led a team of more than 6,000 and was responsible for strategic initiatives, supporting the company’s technology organization and performance, and innovation and process improvements to improve end-user experience. Prior to Express Scripts, Guerrier was executive vice president and CIO of Farmers Insurance Group where he established and maintained a strong relationship with senior business leaders and reorganized the IT division to enhance delivery. Guerrier began his career with Toyota, where he spent nearly 20 years in roles of increasing responsibility, most recently as vice president and CIO of Toyota Financial Services.

Guerrier earned a bachelor’s degree in economics and finance from the University of Illinois at Urbana-Champaign, and a master’s degree in operations management and supervision from North Park University. 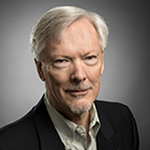 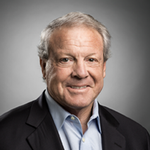 Irving Lyons, III has served as a member of our Board since February 2007. Mr. Lyons has been a principal of Lyons Asset Management, a California-based private investment firm, since January 2005. From December 1993 to January 2005, Mr. Lyons was employed at ProLogis, a global provider of distribution facilities and services, where he served as chief investment officer from March 1997 to December 2004 and as vice chairman of the board of directors from December 2001 to January 2005. Mr. Lyons serves on the boards of directors and as lead independent director of the publicly traded REITs ESSEX Property Trust and ProLogis.

Thomas Olinger has served as a member of our Board since January 2023. Olinger is an industry veteran with extensive international business expertise spanning the real estate and technology sectors. He was most recently CFO at Prologis (and AMB, its predecessor) from 2007-2022. He has significant U.S. and international IPO, capital markets and M&A experience which has made him a recognized leader and highly respected in the investor and analyst communities.

During his tenure as CFO at Prologis, Olinger drove significant scale and scope, moving it into the top 75 companies of the S&P 500. He was responsible for worldwide corporate finance and oversaw the roll-up of forecasted real estate operating results and metrics globally and chaired the company’s Global Operating Committee. Olinger led the integration of over $50 billion of M&A activity,  including the merger of AMB and ProLogis while serving as Chief Integration Officier, as well as the public acquisitions of DCT Industrial and Liberty Property. He has significant international debt capital markets expertise, leading $100 billion in financing transactions. Under his leadership, Prologis was considered to have the best-in-class investor relations team. He was consistently in the top three CFOs in Institutional Investor’s All-American executive team rankings and also recognized by the San Francisco Business Times as the 2009 Bay Area CFO of the Year for his leadership and success during the Global Financial Crisis.

Previously, Olinger served as Vice President, Corporate Controller at Oracle. He began his career at Arthur Andersen, spending 14 years at the firm, the last three as an audit partner in both the U.S. real estate and technology groups.

Olinger holds a Bachelor of Science in Finance from Indiana University’s Kelley School of Business. Since January 2011, he has served as a board member of American Assets Trust, a public real estate company. He also serves on the Indiana University Kelley School of Business Dean's Council, the University of Notre Dame Fitzgerald Institute of Real Estate Advisory Board and as Vice Chair of the Carondelet High School Board of Trustees. 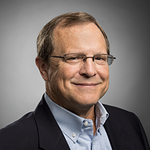 Christopher Paisley has served as a member of our Board since July 2007 and as lead independent director since February 2012. Mr. Paisley has been the Dean's Executive Professor of Accounting at the Leavey School of Business at Santa Clara University since January 2001 and is currently the chief financial officer at Enterprise 4.0 Technology Acquisition Corporation. From September 1985 until May 2000, Mr. Paisley was the senior vice president of finance and chief financial officer of 3Com. Mr. Paisley currently serves as a director of Ambarella, Enterprise 4.0 Technology Acquisition Corporation and Fastly, all public companies.

Patel serves as Cisco's Executive Vice President and General Manager of Security and Collaboration. In addition to leading the strategy and development for these businesses, he also owns P&L responsibility for this multibillion-dollar portfolio. Jeetu combines a bold vision, steeped in product design and development expertise, operational rigor and innate market understanding to create high-growth Software as a Service (SaaS) businesses. 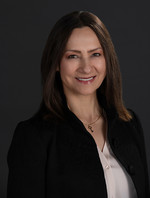 Before assuming her current role, she was Intel’s chief people officer, leading Intel’s Human Resources organization worldwide. In that role, she was responsible for greater business results through a culture which embraces diversity and inclusion. She also previously led the Network Platforms Group which was a global organization of over 3,000 employees that drove the transformation of network infrastructure to Intel-based solutions and enabled breakthrough ways to integrate Intel’s silicon and software portfolio to create greater customer value.

Rivera holds a bachelor’s degree in electrical engineering from Pennsylvania State University. She sits on the Equinix Board of Directors, she is a member of Berkeley’s Engineering Advisory Board, a member of the Intel Foundation Board, and is part of Intel’s Latinx Leadership Council.

As Chief Technology Officer at Hewlett Packard Enterprise, Russo leads the innovation agenda and technology roadmap, managing the design and development of the portfolio to deliver GreenLake edge-to-cloud customer experiences to the market. She is passionate about working with customers to help them reimagine their information technology needs and deliver a simple, consumable solution that helps them drive business results.

Our vision to build a culture where every employee feels a sense of belonging, is reflected through all levels of the company. The Equinix Board supports developing a culture of belonging and recognizes the importance and value of diversity in its membership.

While our Board highly values the new ideas, perspectives, and skills that newer directors bring to Equinix, we also acknowledge the value in the depth of expertise of our longer tenured directors. The Board believes that a mix of tenures provides the best possible oversight for the company.